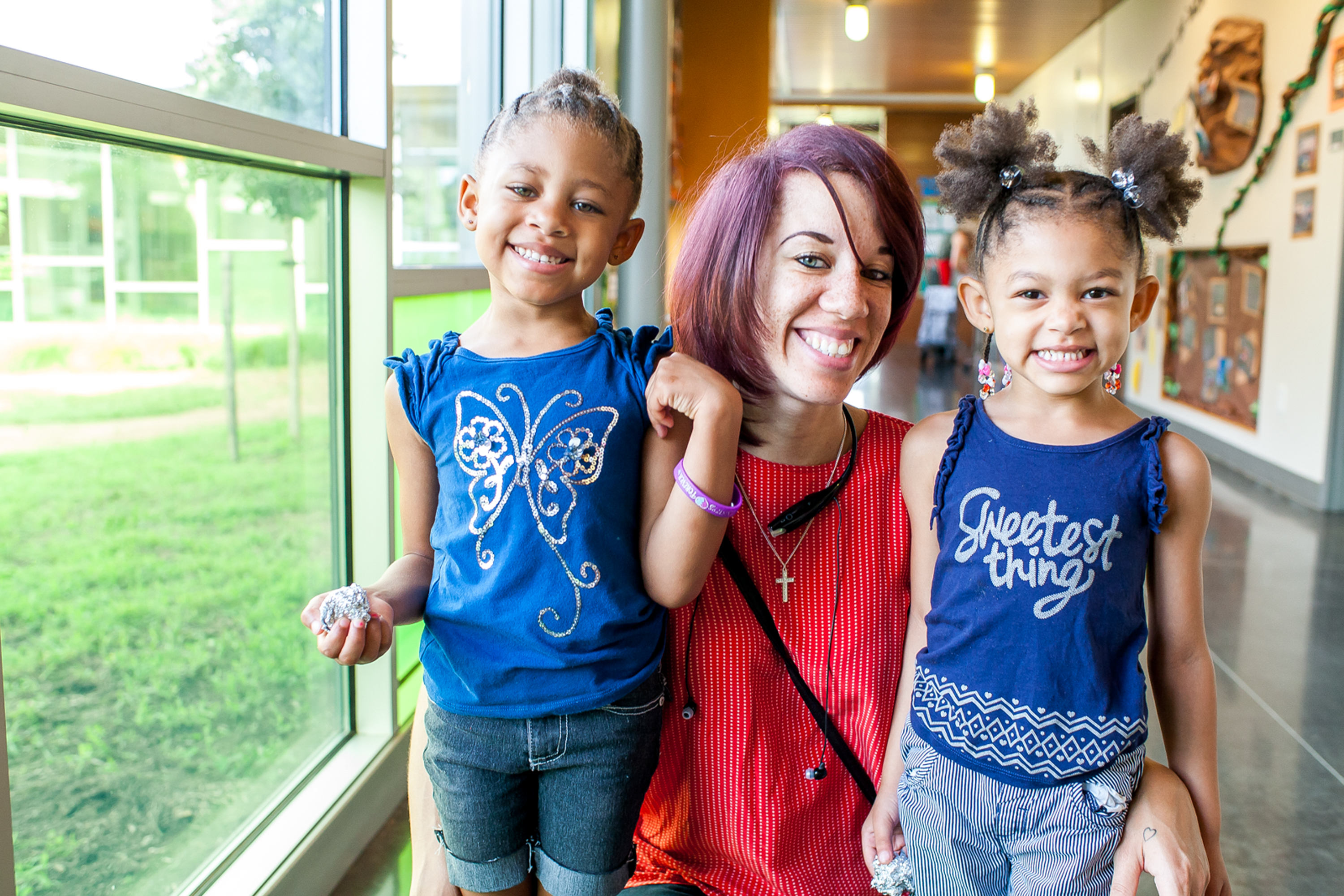 When Laketta Rene Williams enrolled her two children at Educare Washington, DC, she was looking for more than just a daycare for her daughters. She wanted to find a school where they could develop early academic and social skills.

Educare appealed to her because “they’d never experienced school before.”

“I was like ‘oh that’s awesome.’ It’s kind of like introducing school to a kid,” Williams says. “I was ready to go back to work and I was ready for them to get the social experience with other kids.”

Karma is now in kindergarten, and her younger sister, Isabella, still attends Educare Washington, DC. They have both learned a lot at Educare.

Williams says that Isabella has learned about a variety of different subjects at Educare, including plants, construction sites and transportation. Karma learned how to write her name and how to identify letters, numbers and sight words. She was also counting, and practicing addition and subtraction by the time she transitioned from Educare.

Williams credits Educare for helping prepare Karma for kindergarten, saying that when it was time for her to go to elementary school, she was ready. “Kindergarten readiness here is really great,” Williams says.

Karma, especially, was excited for her next school experience. When she talked about her new school, she would tell people “I’m ready.”

Williams and her children live close to Educare and she makes an effort to stay involved at the school. She attends parent meetings, family engagement activities and field trips.

She stays in touch with her daughters’ teachers because, “I don’t want them to be missing out on anything. I want to know what they know and what they don’t know, so I can make sure they’re not missing anything or any steps with their learning.”

Williams also makes it a priority to reinforce their learning at home.

For example, when Isabella’s class was learning about plants, Williams and her children grew tomatoes and other vegetables in their garden at home. She also works with them on activities they get at school and helps them practice their writing and other skills.

Williams plans to continue to be involved in her children’s education throughout their school years. She knows that education is essential for her daughters’ future success, so they can pursue the careers and lives they want.

“I hope one day that they can become who they want to be,” Williams says. “And that means if my daughter wants to be a doctor, she gets the education she needs and ultimately becomes one. She should become what she wants to become.”