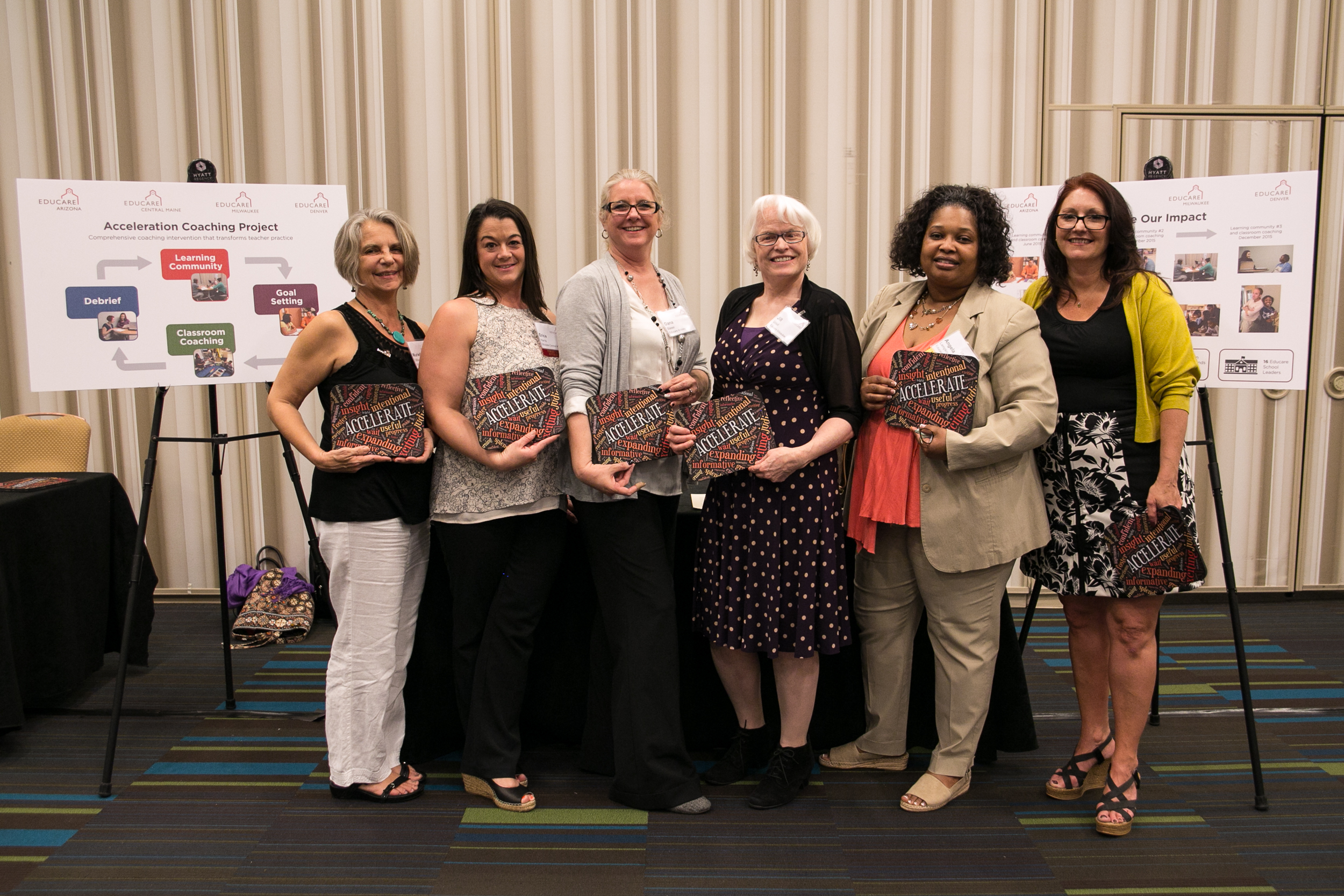 In the first year of the project, the school teams refined the Southwest Human Development coaching model based on Educare best practices and implemented the approach in their schools. Participating teachers receive weekly, intensive coaching which includes side-by-side practice and modeling, video review and feedback, and they join peer learning communities.

The coaching model has the potential to be applied across the Educare network of schools and the broader early education field.

“I feel honored being a part of the Acceleration Grant Project,” said Yvette Aguiniga, an assistant teacher at Educare Arizona. “I feel it has helped me become a stronger observer and be more diligent in my work with the children.”

Educare Milwaukee lead teacher Brittany Light called participation in the project “the greatest form of validation I’ve ever felt. Working with my coach on being the best teacher I can be, in the time she protects just for me, is the most empowering thing I’ve ever done.”

Project teams from the four schools met several times this year, including before the start of the Educare Learning Network Meeting for their first-year celebration to reflect on successes and lessons learned. They also planned for the project’s second year, which will include further embedding these new practices in the participating Educare schools and making plans to take the coaching model into community-based programs.