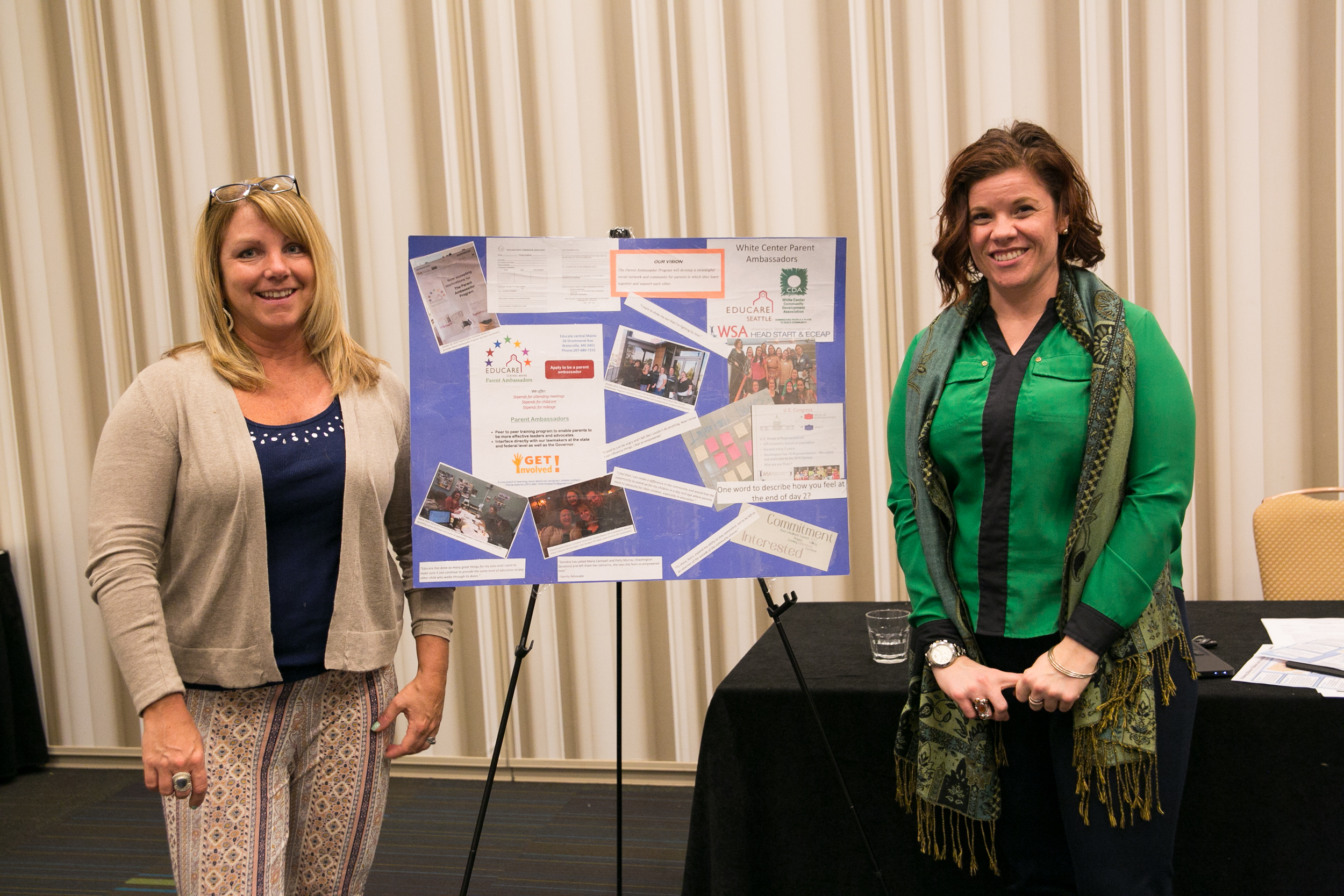 Educare is committed to effectively partnering with and empowering parents as primary nurturers and advocates for their children. School leaders across the Educare Learning Network are engaging in a rigorous effort to document best practices in family engagement, so that they can be shared with the rest of the early childhood field.

One component of this work is support for parents’ development as leaders in their homes, schools and communities. Through their Acceleration Grant, Educare Central Maine and Educare Seattle are collaborating on a project that invests in parents as leaders who are empowered to advocate for themselves and for their children.

This project builds on the success of Educare Seattle’s Parent Ambassador program by extending the program to Educare Central Maine and including parents from other community-based early childhood settings in both Seattle and central Maine. To foster connections between Educare Seattle and the neighboring elementary school, elementary school parents are also participating in the Seattle cohort.

Participating parents meet monthly to explore topics of their choosing, such as conflict resolution, negotiation, team building, presentation skills and public policy. A strong racial-equity lens is applied throughout the program. In addition to the enhancement of concrete leadership skills, the program helps develop a meaningful parent network and enhance reciprocity, trust and other forms of social capital among parents.

In the first year, parents from both Educare schools helped design the program, identifying key areas of interest and developing a set of shared values about parent leadership. Participants were selected in the spring and cohorts have begun meeting in both Maine and Seattle. Parents have identified the child-care subsidy process and mental-health services for children and families as their top policy priorities.

“I used to just be angry and I felt like I couldn’t do anything,” an Educare Seattle parent ambassador said. “Now I know I can influence things. I feel so empowered.”

In coming months, parents from both schools will participate in local advocacy activities and attend the National Head Start Association Winter Leadership Institute where they will have the chance to meet with members of Congress and other policymakers. However, some of the most important stakeholders are closer to home: “I want to show my son that I’m fighting for him,” a parent ambassador said.

This project was featured at the 2016 Educare Learning Network Meeting poster session with a poster created by an Educare Maine parent.