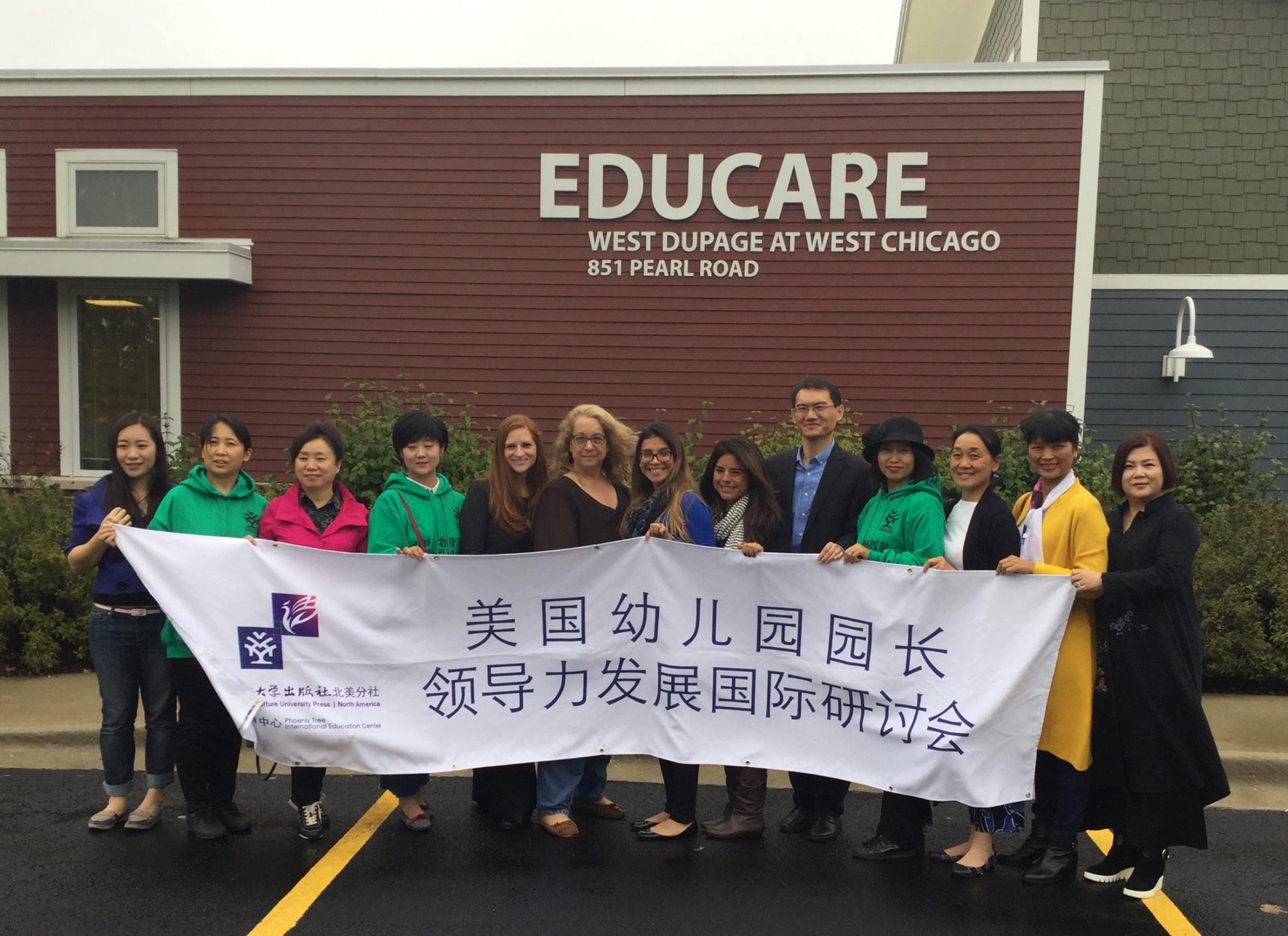 Educare schools are exchanging early learning strategies with programs across the nation—and the world. Educare West DuPage and Educare Tulsa schools opened their doors to international educators to promote the sharing of ideas and best practices across the global early childhood field.

A group of Chinese principals visited Educare West DuPage on October 12. The visit was organized through the Beijing Language and Culture University Press at Phoenix Tree Publishing and brought nine principals to the school.

The group, consisting of a range of early childhood and elementary school principals, toured the school in West Chicago, Ill. They also met with a few of the school’s family engagement specialists.

“They were really interested in the family engagement aspect of our work and had a lot of questions,” said Educare West DuPage school director Marcela Sweeney. “They were just floored with everything that we do and the amount of effort that is spent prioritizing the Educare core features.”

She said the Beijing Language and Culture University Press wants to organize more early childhood tours and plans to arrange more visits to Educare West DuPage in the future.

“They are wanting to change the way that China views early childhood,” Sweeney said.

Nasima Sirajee runs Floret Daycare with Preschooling in Chittagong, the second largest city in Bangladesh. In early November, Sirajee spent a day at each of Educare Tulsa’s three schools. Her visits were part of the Young Professional Fellows Exchange Program at the University of Oklahoma’s Ronnie K. Irani Center for the Creation of Economic Wealth.

In addition to learning more about different early childhood practices, Sirajee’s plans to take her experience in the US back with her to educate others. She hopes to encourage opportunities for more women in her country to pursue careers in early childhood.

Sirajee toured the Educare Tulsa schools and learned about the Educare model and how it comes to life within the schools. Staff explained how the model focuses on using data to promote continuous program improvement, engaging in intentional planning to improve teaching practices, partnering with families and embedding professional development into staffs’ day-to-day routines.

“I have visited different age group classrooms, talked with teachers and family advocates,” Sirajee told the Tulsa World. “This has been a great experience for learning all the different aspects [of early childhood].”

“We enjoyed comparing notes and strategies with our visitor from Bangladesh,” said Chris Amirault, school director for Educare Tulsa at MacArthur. “Nasima’s insights into early childhood issues in her community were fascinating, and we hope that she was able to draw some insights of her own from our program. And we know that the children here will miss her smiling face!”

Learn more about Sirajee’s visit to Educare Tulsa in the Tulsa World.