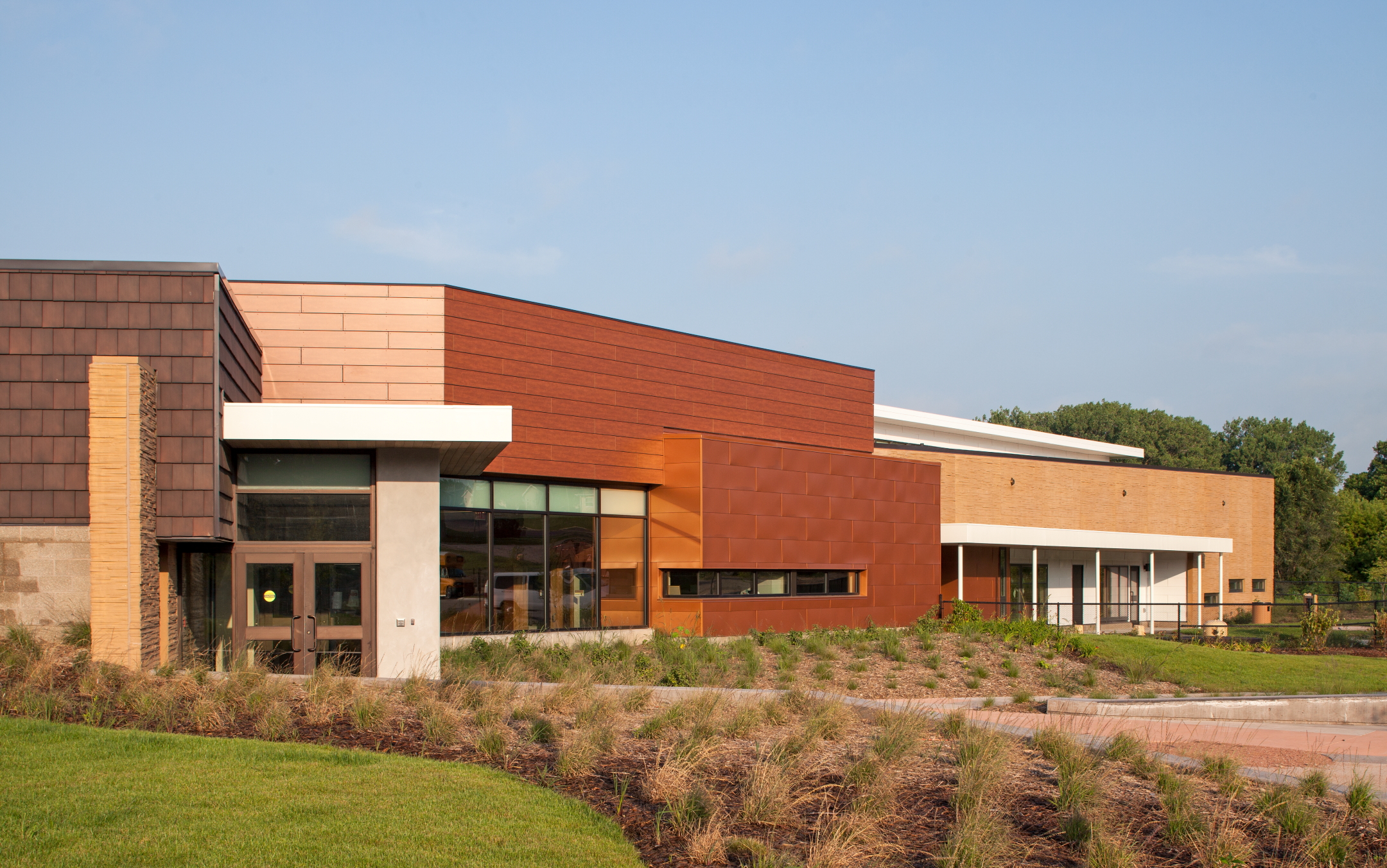 Educare Winnebago celebrated its grand opening on October 17. Located on the Winnebago Indian Reservation in northeastern Nebraska, it is the first Educare school to serve Native American childrenand families, and the 4th school in Nebraska. Now the 20th school in the Educare Learning Network, Educare Winnebago serves 191 children and families in a 30,000-square-foot building specifically designed to promote children’s learning.

Educare Winnebago combines the best practices of the Educare model with activities and curriculum that honor the local culture and traditions of the Winnebago Tribe.

Children will be taught in the native Ho-Chunk language in addition to English. Social skills will be taught through discussion of clanship and literacy will be promoted through culturally relevant books and by elders invited to share stories of their tribe.

“Educare Winnebago has only been in operation for a short time, but we are already making a big difference in the lives of the Winnebago children and families that we serve,” said Darla LaPointe, executive director of Educare Winnebago.

Educare Winnebago is a public-private partnership involving the Winnebago Tribal Council, Winnebago Public Schools, Winnebago Head Start Program, Little Hill Child Development Center and Buffett Early Childhood Fund. The school is part of the community’s renewed focus on improving children’s education, starting at birth and extending through college. LaPointe explained that prior to Educare, “it had been apparent that our Winnebago children were delayed and not getting the solid foundation necessary to be successful in kindergarten.”

“Now with Educare we have a great opportunity—we are building a cradle to career pathway that will help our children and families receive the best possible start in life to do well in school and to do well in college and in their careers,” LaPointe said.

“It made me appreciate how far she has brought him,” Kearnes said, extending her thanks to all Educareteachers and staff. “You may not hear it enough but all of your efforts are greatly appreciated by a lot of the parents. We thank you for taking such good care of our children.”

The event also featured a Ho-Chunk song performed by Educare children and a hand drum song by Educare fathers and sons. Following the program, guests had an opportunity to tour the school and see quality early learning in action. Read about the Educare Winnebago grand opening in these news outlets: Education Week, Omaha World-Herald, Sioux City Fox News, Indian Country Today Network and Native News Online. Check out #EducareWinnebago for coverage of the event on Twitter.