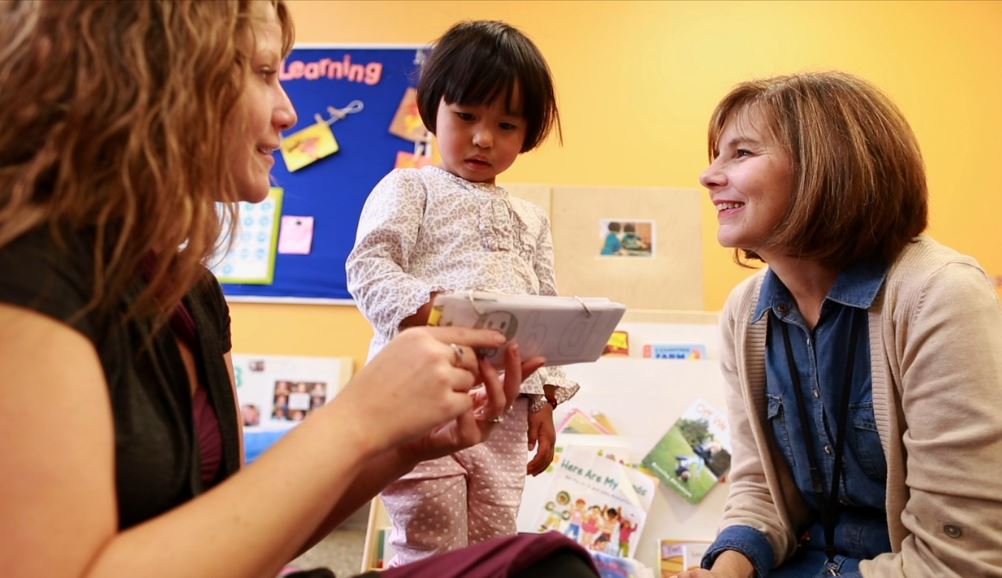 When 40% of children in Nebraska are at risk of not succeeding in school, how can educators, parents and supporters ensure that children are ready to learn when they enter kindergarten? To answer this question, the Nebraska Loves Public Schools documentary, “Ready for Kindergarten: The Impact of Early Childhood Education” explored what high-quality early learning programs, like Educare, are doing to help Nebraska’s most at-risk children and families get the right start.

The documentary, which was funded by the Sherwood Foundation and aired on the Nebraska public television monthly series, “The State of Education in Nebraska,” featured input from teachers, parentsand early childhood experts, including Julia Dadds, executive director for Educare of Lincoln, and Jessie Rasmussen, president of the Buffett Early Childhood Fund.

“High-quality early childhood education brings children who are considered at risk of not having a good school experience to a level where they have much better odds,” Dadds said. “They have higher education attainments in terms of college, they tend to not be involved in the criminal justice system, and they tend to not have to repeat grades.”

One way that the Educare model achieves this is by reaching young children at school and at home by encouraging parent involvement and providing support for families.

“This place is not a daycare. This place is an educational palace,” Educare of Lincoln parent Mohamed Amar said, sharing how his family benefited from Educare’s focus on parent engagement. “They understand our situation and provide help in the most perfect way.”

Watch the documentary below.