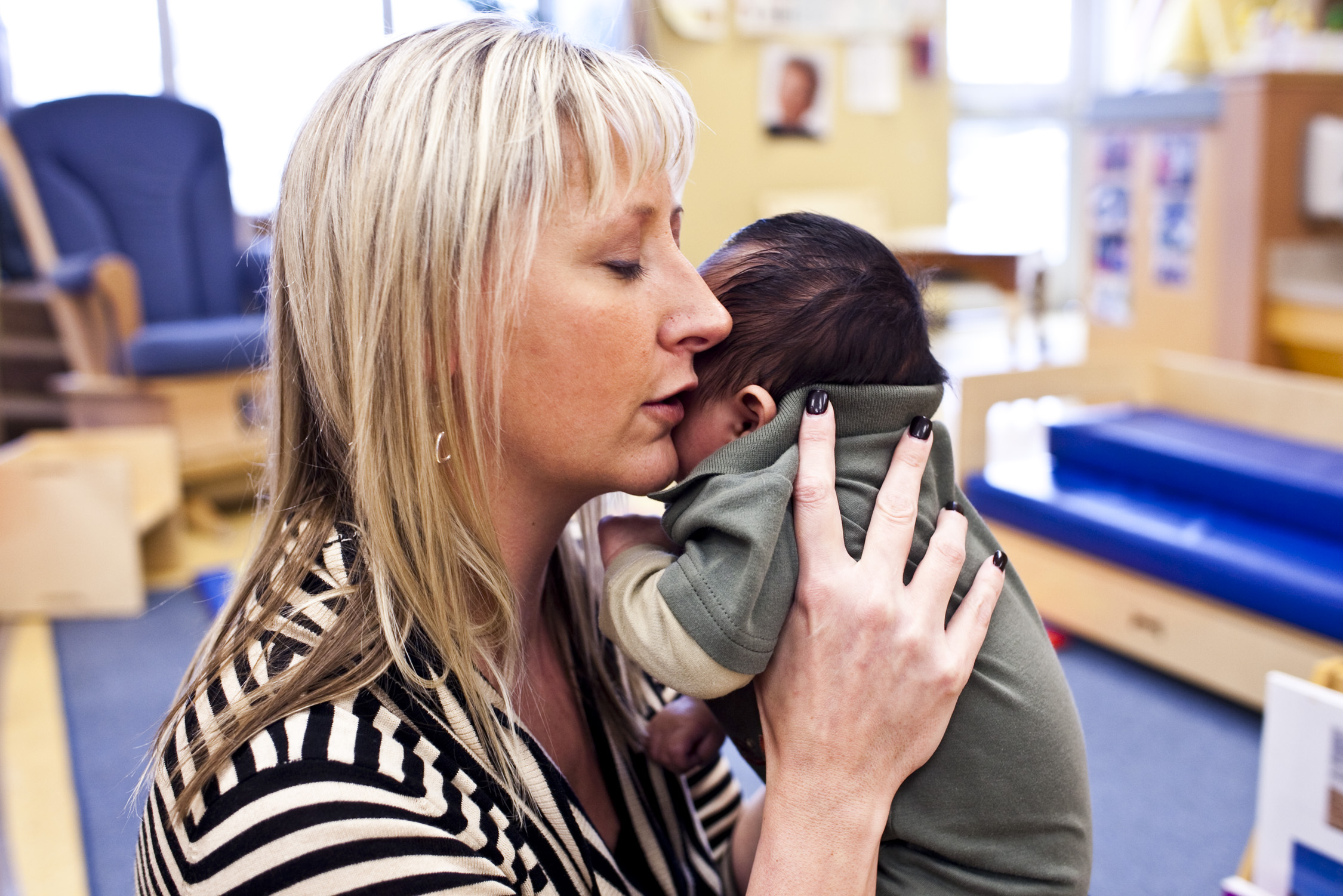 A new study published in Child Development found that the high-quality, center-based early childhood education offered at Educare has a positive impact on the development of financially disadvantaged infants and toddlers.

Educare has a positive impact

The study found that Educare children after one year of enrollment, at approximately age 2, had significantly higher English language skills, fewer parent reports of problem behaviors and more positive parent-child interactions than children who did not attend Educare.

Educare is a comprehensive, research-based Head Start and Early Head Start program with additional innovative features. The schools serve financially disadvantaged children, from age 6 weeks to 5 years, and their families.

Child development research shows that strong language skills, social-emotional skills and parent-child relationships at an early age are all predictive of a child’s future success in school and in life.

Improving the outcomes of low-income infants, toddlers, and their families

“We are pleased that the initial findings from this ongoing study show that the high-quality education and care we offer at Educare is improving the lives of disadvantaged infants and toddlers,” said Jessie Rasmussen, president of the Buffett Early Childhood Fund, a leading partner of Educare. “Sadly, there is a serious shortage of high-quality early childhood programs for infants and toddlers, especially those living in poverty. We hope the results from this study will provide new evidence to increase public investments in high-quality early learning.”

The study was conducted in four cities where five Educare schools are located: Chicago, Milwaukee, Omaha (two schools) and Tulsa. The study consisted of a randomized sample of 239 children and researchers compared those children who attended Educare to those who did not. The study began enrolling the children before they were one year old and assessed them one year later.

“We know from brain science that the first few years of life are a time of enormous brain development,” said Diana Rauner, president of the Ounce of Prevention Fund, a leading partner of Educare. “Unfortunately, children who grow up in poverty often face disadvantages that hamper brain development, so by the time they reach kindergarten, they are far behind their peers. This study suggests that a high-quality, comprehensive early learning program has the potential to improve the outcomes of low-income infants, toddlers, and their families.”

Educare schools are located in 21 urban, suburban and rural communities in 13 states and the District of Columbia. Each Educare school is a Head Start and Early Head start program that offers full-day, full-year programming from highly qualified staff.

Read the abstract and full article in Child Development.

Read a fact sheet about the study.

Educare is dedicated to increasing access to quality early childhood education for children across the country. Educare does this through a national network of 21 effective early learning schools, field-building professional development and research initiatives, and federal and state advocacy efforts. Learn more about Educare.