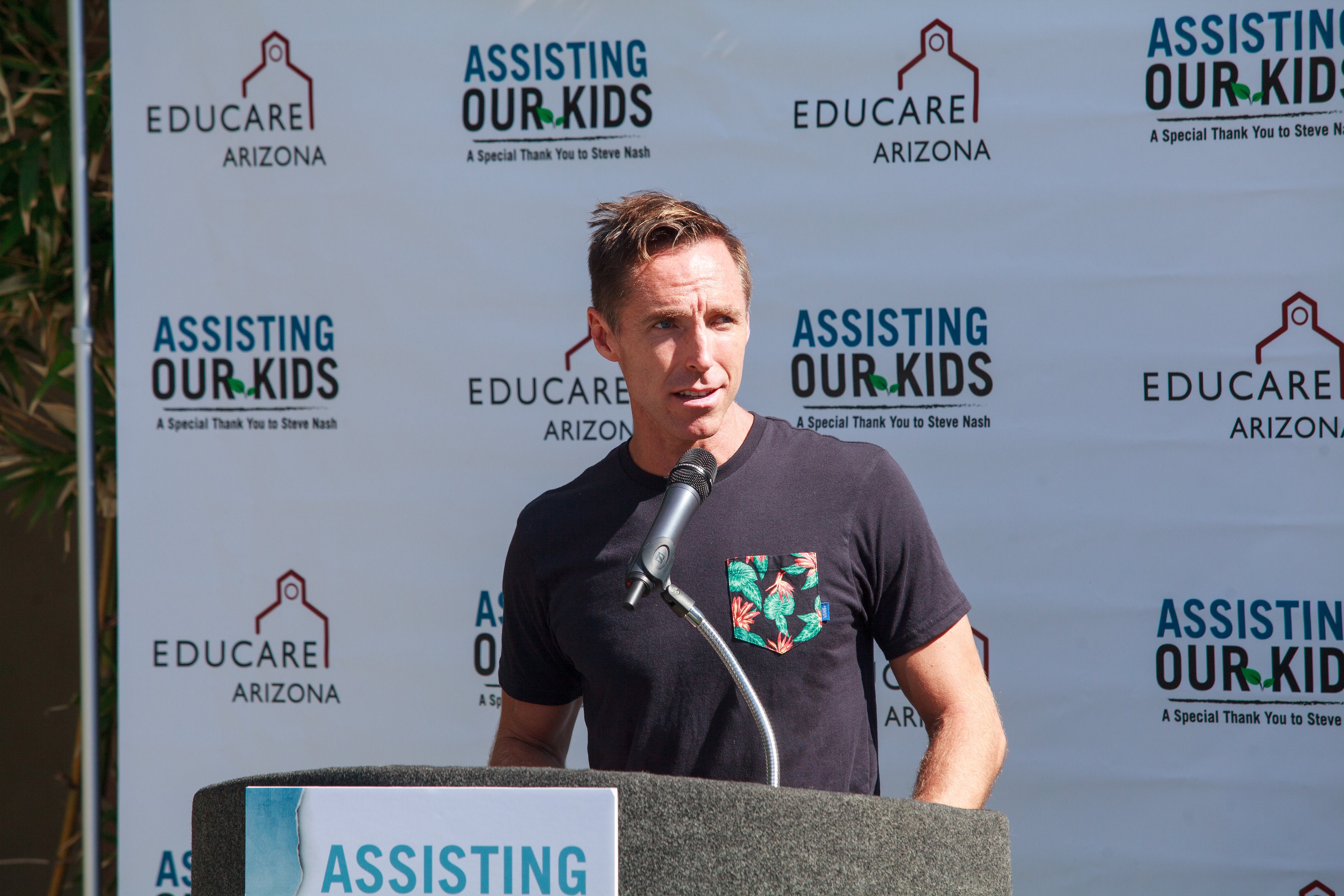 Educare Arizona celebrated NBA superstar Steve Nash and his generosity at a special event on October 30. More than 125 people attended the event, which recognized the contributions of the basketball legend and his Steve Nash Foundation to Educare Arizona.

“I think it’s amazing to be here and see how far Educare has come,” Nash said at the event.

Educare Arizona opened in 2011 with the support of the Steve Nash Foundation and other public-private partners.

See photos from the event on Facebook and read more from the Educare Arizona blog and the Arizona Republic.

To mark the occasion, the First Five Years Fund released a new video with Steve Nash talking about why he is a champion for early childhood education.

Sen. John McCain recorded a video tribute to Nash and his passion for philanthropy. “Through its early learning opportunities, Educare Arizona’s impact on our state’s children represents an investment in our community, our economy and our future,” McCain said.