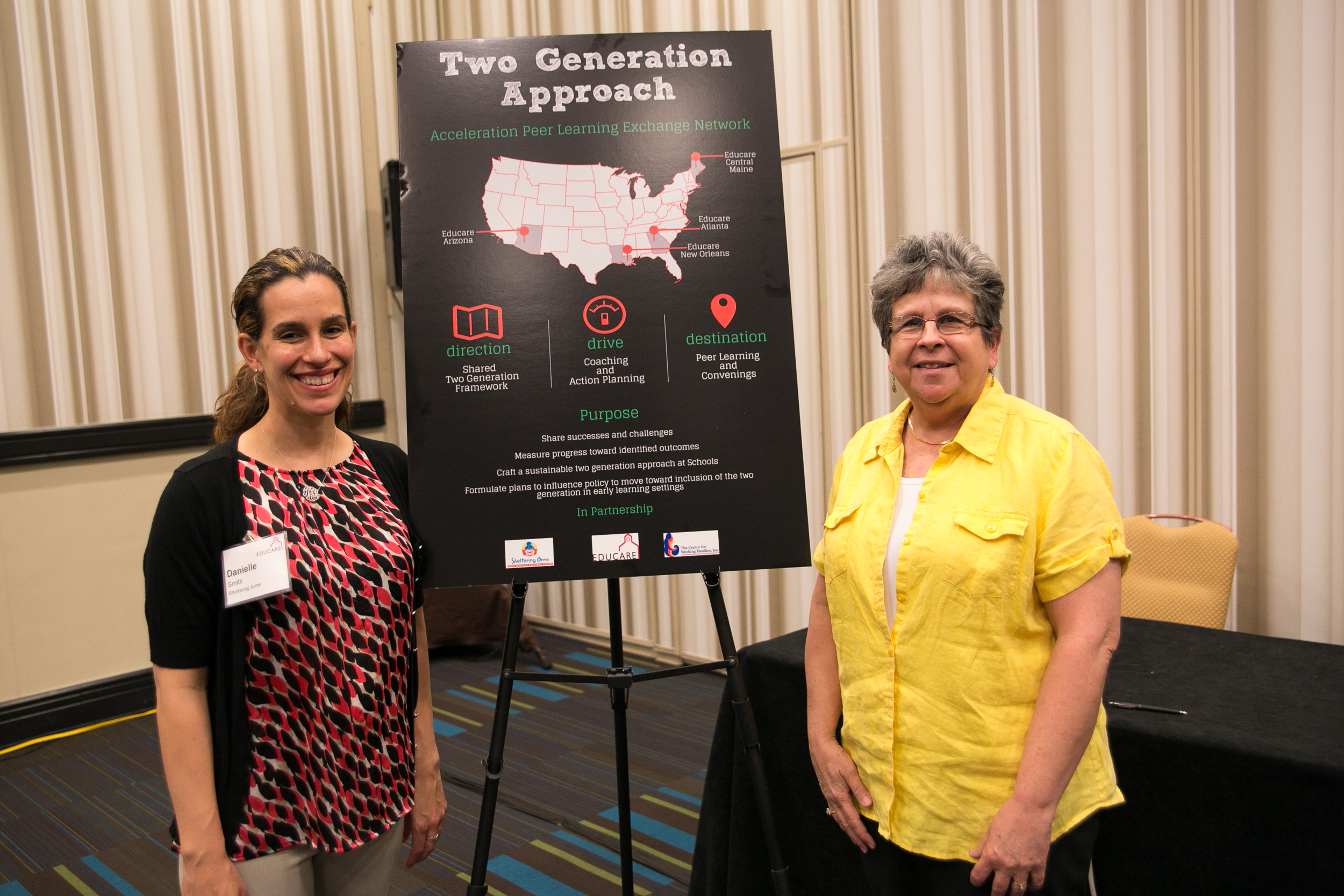 Sheltering Arms, Educare Atlanta’s parent organization, is leading an innovative Acceleration Grant project funded by the Buffett Early Childhood Fund to support the use of two-generation approaches at Educare schools in Arizona, New Orleans, Central Maine and Atlanta. A two-generation approach is a specific framework for partnering with parents to simultaneously promote positive outcomes for themselves and their children.

“Two-generation approaches provide opportunities for and meet the needs of vulnerable children and their parents together,” according to Ascend at the Aspen Institute, a leader in this work and a consultant on this project. “They build education, economic supports, social capital, and health and well-being to create a legacy of economic security that passes from one generation to the next.”

Experience with two-generation work at Educare Atlanta, in partnership with the Center for Working Families and the Atlanta Civic Site, helped inform the development of the Two-Generation Peer Learning Exchange among the four Educare schools. The project is reaching more than 800 children and their families.

Teams learned about the Aspen Institute Ascend Network, the national hub for ideas and collaborations on two-generation work. Ascend Network resources include a 2Gen Toolbox and library of related publications that facilitate learning, adoption and scaling of two-generation approaches.

The Educare teams left the first convening with an action plan, the opportunity to join the Ascend Network, an application for technical assistance funds and an identified resource person who will serve as a coach for the team to support the implementation of their action plans. The four teams will reconvene in September 2016.

This project was featured at the 2016 Educare Learning Network Meeting poster session.